Kosovo’s recent history shone a spotlight on the issues of human rights violations, on state-building from scratch, and on the rights of diverse communities living in one society. CSSP opened its permanent office there in 2009. Ever since, the CSSP Kosovo team composed of local and international staff has been engaged in reaching solutions for various issues through its mediative approach that involves local stakeholders at all levels of government and across the civil society landscape.

Since the conflict in 1999 and the NATO intervention that ensued, Kosovo has been the focus for inter-community relations in the Western Balkans. Under the supervision of the UN Mission in Kosovo (UNMIK), institutions were built to ensure that community rights were respected, with non-majority communities’ representation at all government levels.

Since the so-called technical talks in 2011, Kosovo has been impacted by the Belgrade-Pristina talks. While the First Agreement on Principles Governing the Normalization of Relations of April 19, 2013 in Brussels can be seen as a historic step in normalizing relations, its success depends on effective implementation as well as the people’s acceptance, especially in Northern Kosovo.

In working with southern municipalities, CSSP has already witnessed efforts invested into normalization of relations between different ethnic communities as good practise and is hopeful that such experiences will be added value in the future, too.

By supporting leaders at the local level in a more effective resolution of local conflicts, CSSP contributes to the overall peacebuilding process in Kosovo. To establish more efficient dispute resolution systems, CSSP promotes the development of mediation as a profession in Kosovo. We work with the political institutions at both central and local levels, with the Kosovo Police Forces as one of the most successful multi-ethnic institutions of Kosovo, and with civil society. By developing local expertise in (inter-community) mediation, local solutions can be found for local problems. CSSP also coaches local leaders on inclusive policy-making that builds trust among communities and on interest-based negotiation in order to find solutions that benefit all stakeholders.

In Mitrovicë/Mitrovica, CSSP works particularly with civil society organizations and individuals to build their skills in inter-community mediation. Following its efforts to assist the local institutions of constitutional government, CSSP established a Mediation Center in 2013 where CSSP-trained mediators handle court-referred and out-of-court cases.

The most troubled area for over two decades, the so-called “divided city” of Mitrovica in the northwest of Kosovo, has been a stumbling block for almost all peace initiatives undertaken ever since the end of the armed conflict. The two most prominent communities living at either side of the Ibar/Ibër River stated their intensions of governing the city, which caused many altercations with serious consequences. For this reason, the international stakeholders supported the idea to create two municipalities, the Serb-majority North Mitrovica, and the Albanian-majority South Mitrovica. The river and its three bridges act as a natural border between the two municipalities, and people only commute to the respective other side to address their administrative or supply needs. Once a vibrant and by all counts leading city in the fields of culture, industry, and sports, Mitrovica is now held hostage and has become a notorious symbol of ethnic divisions and political scores. With the high-level dialog on the normalization of relations between Kosovo and Serbia ongoing, the need for a more substantial dialog on a local, grassroots level is evident and much desired. CSSP therefore offered its assistance to the local government in creating conditions and supporting efforts to deal with local communities, which resulted in our engagement in working with the North Mitrovica Municipal Assembly Communities Committee. see more

As one result of these efforts, the Education Center for Communities was established. Today, it offers Albanian and Serbian language courses as well as a series of workshops dedicated to women and their position in a post-conflict society. Additional activities include sports-related events, drawing and painting lessons for preschool children, as well as drama classes for elementary school children of all the communities living in North Mitrovica.

Our Partners in Kosovo

The Alternative Dispute Resolution Center (ADRC) is a local non-governmental organization that, following the transformation of the CSSP-created Mediation Center in Mitrovica, has continued working in the field of mediation as an independent organization.

The Advocacy Center for Democratic Culture (ACDC) is a local NGO that was established in 2011, and ever since has been engaged in activities promoting the rule of law, an inclusive society, and transparency in the work of governmental institutions, as well as the democratization of Kosovo’s society in general.

Community Building Mitrovica (CBM) is a local NGO operating in the field of peace and community building in the wider region of Mitrovica and the northern municipalities of Kosovo.

Ministry of Communities and Return (MCR)

The Ministry of Communities and Return (MCR) is one of Kosovo’s government ministries that was created in 2005 in order to facilitate the return of internally displaced persons (IDPs) and refugees after the armed conflict from 1998–1999.

The Kosovo Police (KP) Training Division – Directorate for Specialized and Advanced Training has partnered with CSSP in organizing training courses in mediation and conflict resolution for its members since 2016. 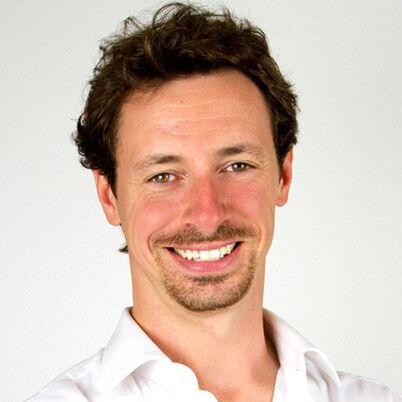 With a background in international law and conflict mediation, Simone Ceresa has lived and worked for over ten years in Côte d’Ivoire, Senegal, Belgium, El Salvador, Albania, and the U.S. and has gathered experience in Georgia, Cameroon, Egypt, and Finland, facilitating dialog in complex situations, strengthening human rights, and providing competent, balanced, and practical advice to the UN, the European External Action Service, and various international NGOs. He joined CSSP in 2018 as head of the Albania office and integrative mediator and he is now the program manager for Albania and Kosovo. 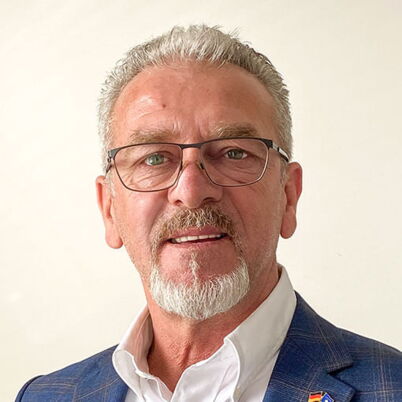 Bekim Ismaili obtained a university degree from the University of Prishtinë/Pristina in Management and Informatics in summer 2009. He holds a diploma from IBM University in the subjects WIFI, Vienna: know-how, project management, business process optimization, and conflict management, and graduated from the College of Machinery in Mitrovicë/Mitrovica in 1988. Mr. Ismaili worked with the United Nations Mission in Kosovo (UNMIK) and was head of the translation department for the Office of the Auditor General of Kosovo. He lives with his family in Mitrovicë/Mitrovica and is fluent in Albanian, English, and Serbian. Mr. Ismaili is a certified and licensed mediator, international child abduction and family law mediator (MIKK), community mediator and community-corporate mediator. He is the head of the CSSP Pristina office and was the first director of the Mediation Center in Mitrovica founded by CSSP in 2013. 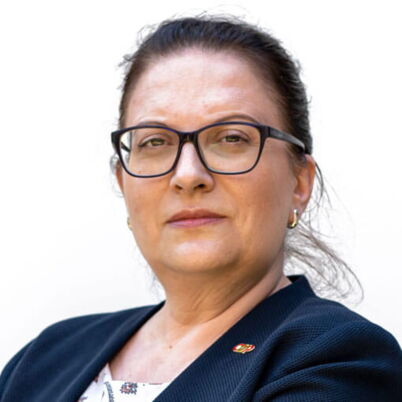 Jasna Božović is the Head of the CSSP Mitrovica North office. Before joining CSSP, she worked at the U.S. Embassy in Kosovo as a minority media specialist for ten years. Prior to that, she acted as a minority media and democratization specialist at the OSCE Mission in Kosovo for two terms. Previously, she also worked with the EU Mission in Kosovo as a language and administrative assistant and, before the Kosovo conflict, with the OSCE-led Kosovo Verification Mission (1998–1999), before which she was employed as a radio and TV anchorwoman. Jasna is an English language and literature graduate and was born and raised in Mitrovica/Mitrovicë.