In a heavily ethnicized everyday life in post-Dayton (referring to the Dayton Agreement or Dejtonski Mirovni Sporazum) Bosnia and Herzegovina, CSSP a) proposes activities aimed at strengthening local actors’ potential in achieving a high-quality dialog in society and b) imparts knowledge and skills in mediation and alternative conflict resolution methods.

The current foci of CSSP projects in Bosnia and Herzegovina are:

Besides, CSSP continues to support dialog activities in Mostar—where local elections were finally held in 2020 after 8 years of suspended democracy—and contribute in this way to restoring and strengthening the constructive communication between citizens and local authorities.

More than 25 years after the war (1992–95), Bosnia and Herzegovina (BiH) is still facing severe political and societal challenges in its post-conflict development. Based on the Dayton Peace Agreement that ended the war, Bosniaks, Serbs, and Croats were defined as “constituent people” in the state of Bosnia and Herzegovina, the territory of which has been divided into Republika Srpska, the B&H Federation (of Croats and Bosniaks) with its ten cantons, and Brčko District. Abundant administrative and political structures, as well as complex rules defining political representation based on ethnic affiliation, have major consequences in all parts of public life. For the appointment of administrative, political, and often professional functions, ethnic (i.e. party) affiliation is frequently a decisive criterium.

Reconciliation is particularly challenged by contradictory narratives about war and pre-war events. War criminals, even those convicted in front of the International Criminal Tribunal for the Former Yugoslavia (ICTY), are seen as heroes by Bosniaks, Serbs, and Croats for defending “their people” during the war. Separated curricula and schools for Bosniaks, Serbs, and Croats in many regions are decisively contributing to maintaining mutually exclusive and contradictory historical records.

Such a dysfunctional society, additionally burdened by its high risk on the corruption and nepotism index, inefficient judiciary, and lack of employment, does not offer prospects to its citizens, especially young people, who are immigrating to western countries on a massive scale. The Euro-Atlantic integration processes are facing many obstacles and  being stalled, while the overall atmosphere is tense and charged with nationalist agendas.

Since 2007, CSSP has supported and promoted dialog among political and social stakeholders across ethnic and political lines.

CSSP has been aiming at transforming ethnicized political conflicts, reducing the influence of nationalist ideology, and promoting a culture of negotiation and creative problem-solving amongst key actors, for example through the following measures:

Our Partners in Bosnia and Herzegovina

Association of Mediators in Bosnia and Herzegovina

“No realist politics in a civilized society is imaginable unless it is based on love of one’s neighbor, mutuality, helpfulness, and trust. This is the rock upon which all human cooperation must be built.” 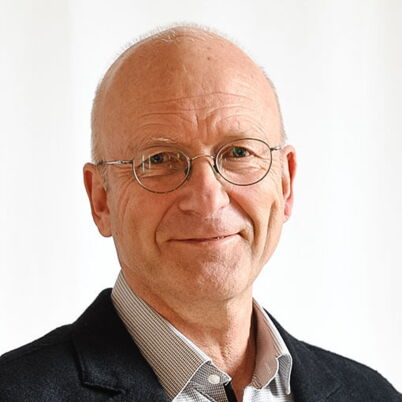 Through his previous work as country coordinator of Weltfriedensdienst (WFD) in Myanmar in the framework of civil peace service, as mainly self-employed systemic coach, mediator and start-up consultant, and as executive chairman of a German cultural NGO, Elmar has a wealth of experience in various fields of consultancy, leadership, and peace building. After his studies in philosophy, theology, psychology, and drama, he completed additional training courses in cross-cultural mediation, peace and conflict consultancy, systemic coaching, and management consultancy as well as systemic structural constellations. He prefers to act as a kind of catalyst, generating the impetus that enables other people to fully realize their potential. 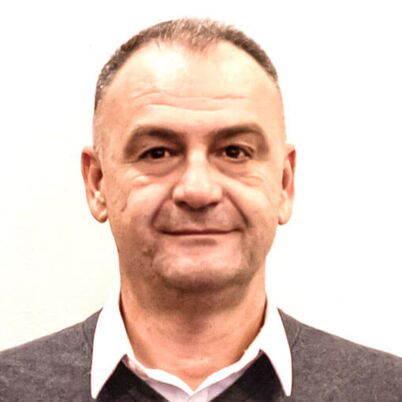 Project Coordinator Bosnia and Herzegovina and Head of Office, Sarajevo

Emir Krehić holds a diploma in mechanical engineering. Mr. Krehić has 15 years of experience in coordinating emergency and post-conflict development projects in the Western Balkan region, Romania, Bulgaria, and India. He is a certified IFRC international relief/field delegate. Mr. Krehić has been a member of the Regional Disaster Response Team and the European Network for Psychosocial Support since 2005. Mr. Krehić joined CSSP in September 2010 as a CSSP coordinator in Bosnia and Herzegovina.

Kristina Ćorić joined the CSSP team in Bosnia and Herzegovina in March 2018 as the coordinator for Mostar. Since the end of the (92–95) war in Mostar, she has been an activist for several local NGOs and civic initiatives. She has five years of experience working for international political organizations: the OHR in Mostar, where she worked in the fields of media development and public relations and the OSCE Political Resource Center for West Herzegovina in Ljubuski, where she supported the development of civil society. In the ten years prior to joining CSSP, she worked at a local, grassroots, independent youth and cultural center on project development and management, event organization, intercultural cooperation, and youth exchange projects. She has completed training courses in event and cultural management, European cultural networks, and intercultural and peace mediation. She believes in a bottom-up approach and the active participation of citizenry towards the revitalization of civilizational values and norms that have been partly suppressed or eradicated in the post-war society of Bosnia and Herzegovina.

The stories gathered under this title reflect very different perspectives of people who live or have lived in these two small communities in the heart of Bosnia and Herzegovina. Each of them touching in their own way, they reveal experiences of leaving and returning, such as the beginning of an independent student life and a journey of self-discovery, or the experience of death and illness, of forced displacement and economic migration.

Stories of leaving and returning

Within its current project, in which CSSP—as part of the Ministry of Education of the Herzegovina Neretva Canton’s program on “Prevention of violence”—strengthens mediation in six selected secondary schools in Mostar, CSSP is using a training manual in BCS language, which is specifically adapted to the context of schools.

Based on presentations at a conference in 2018 at the Evangelische Akademie Loccum, Germany, in which CSSP participated, a volume was recently published and edited by Tobias Flessenkemper and Thomas Müller Färber. The presentation by Carla Schraml and Kristina Ćorić on ethnicized politics and everyday life in Mostar and the region gives an introduction to the current situation and discusses how mediation, dialog, and political communication can contribute to decreasing ethnicized politics.