Since 2017, Albania has been going through a substantial reform of the judiciary system. The improvement of judiciary quality and efficiency is one of the main pillars of Albania’s path to European integration. In July 2022, the negotiation process for Albania's membership to the European Union was officially launched.

This major reform encompasses an ongoing vetting process of judges. This measure has had an important impact on the number of backlog cases in the country, as the number of active judges has significantly decreased. In addition, the territorial jurisdiction of the judicial districts and courts is being reorganized in the framework of the so-called “Albanian new judicial map”. In the context of this strategic measure, implementation starting in 2023, some small courts are being closed.

In Albania, the Mediation Law was adopted in 2011, and later amended in 2018. The National Chamber of Mediators, which oversees this free legal profession, was created in 2013.

Since 2018, upon the request of the Albanian Ministry of Justice, CSSP has been working on strengthening the mediation system in Albania, in close partnership with the National Chamber of Mediators (NCM) and the Albanian Foundation for Conflict Resolution and Reconciliation of Disputes (AFCR).

The first phase of this process was supported by the Norwegian Ministry of Foreign Affairs, followed by the Konrad Adenauer Stiftung. The second phase started in December 2021 with the support of the Austrian Development Agency. It is co-implemented by CSSP, NCM and AFCR and will last until January 2025.

This new phase, called EmPoMe, aims at “Expanding and Empowering the Mediation System in Albania”. It is based on five main pillars:

The project is implementing diverse activities to enhance the use of mediation in Albania. It includes an awareness campaign on the benefits of mediation, several training courses for mediators, the implementation of an online database on mediation cases, as well as the opening of local branches of the NCM in major Albanian cities (Elbasan, Durres, and Vlora). The project is also managing a Mediation Office in Tirana, which coordinates the project’s efforts to support mediation in Albania (find more information on the Mediation Office activities here: http://www.qendraendermjetesimit.al).

Our Partners in Albania

The Ministry of Justice exercises its functions in accordance with the constitution and the laws and is responsible for drafting and pursuing policies, drafting laws and sub-legal acts, and exercising the necessary services related to the judicial system, the system of execution of criminal or civil sentences, the system of free legal-professional services, international cooperation in the civil and criminal field, and other areas of justice that fall under its competence according to the law. Furthermore, it is responsible for the coordination, harmonization, and the reform of the Albanian legislation in its entirety.

Combating poverty, ensuring peace and preserving the environment: These are the three major concerns of the Austrian Development Agency (ADA), the operational unit of Austrian Development Cooperation. ADA currently funds projects and programmes with a total volume of more than 640 million euros to improve living conditions in developing countries.

The National Chamber of Mediators (NCM) is a public legal entity that exercises its activities independently of the state, based on Law no. 10385 "On Mediation in Dispute Resolution", dated February 24, 2011, as amended, as well as other legal and sub-legal acts in force.

Albanian Foundation for Conflict Resolution and Reconciliation of Disputes (AFCR)

As a non-profit organization, AFCR supports “the democratization of Albanian society through resolving and reconciling the conflicts and disputes that may arise between individuals or social groups.”

Norway's diplomatic relations with Albania are handled by the Norwegian Embassy in Prishtina.

Freedom, justice, and solidarity are the guiding principles of the work of the Konrad-Adenauer-Stiftung (KAS). KAS is a political foundation with close ties to the political party Christian Democratic Union of Germany (CDU). As co-founder of the CDU and the first German Chancellor, Konrad Adenauer (1876–1967) combined Christian social, conservative, and liberal traditions. His name stands for the democratic reconstruction of Germany, the anchoring of foreign policy in a transatlantic community of values, the vision of European unification, and the orientation towards the social market economy. His intellectual heritage continues to be both our task and our obligation. 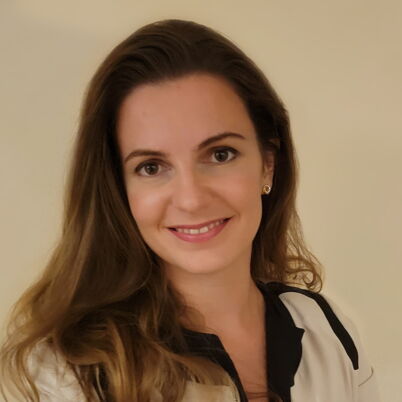 With a background in conflict resolution and project management, Floriane Prévert has worked for over ten years in contexts prone to violence on different continents. She developed a solid expertise in mediation, peacebuilding approaches, and negotiation with civil, state, and armed actors. Previously, she worked for the International Committee of the Red Cross, the United Nations, and Interpeace, among other organizations. Floriane joined CSSP’s team in May 2022 to work on strengthening the mediation system in Albania.

Vjola Goda is part of the CSSP Albania team. She holds a BA and a Master’s degree in law from the University of Padua, and has many years of experience as a lawyer specialized in international private law. Following her passion for conflict resolution and her interest in negotiation, she became a mediator in 2013, and actively contributed to the mediation system as a member of the Albanian National Chamber of Mediators.

She joined CSSP in May 2020 in the role of administrator of the Tirana Mediation Center and is now in charge of coordinating CSSP efforts that support mediation in the country. 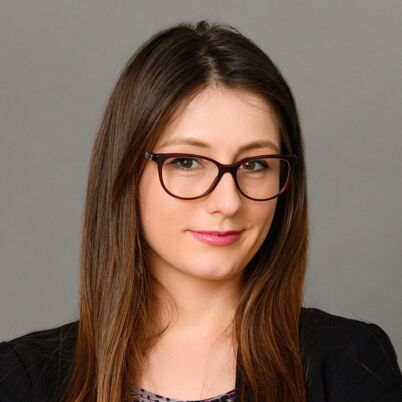 Arjola Kaçeri has over eight years of legal experience in both the public and private sectors. She holds a BA and a Master’s degree in law from the University of Tirana. She is a certified lawyer and a licensed mediator. She joined CSSP in March 2022 as Project Assistant and Coordinator of the Tirana Mediation Office. Her keen interest in alternative dispute resolution and mediation in particular contributes a strong added value to the project team. 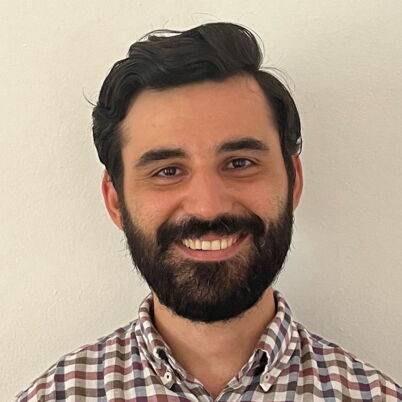 Adajan Fani holds a Bachelor of Commerce in Marketing Management from the University of Guelph in Canada. Prior to joining CSSP in March 2022, he was employed within the banking industry in Canada for about eight years. In 2019, he returned to his home country – Albania – and was employed for two years within the banking system in the risk department. His work experience includes budgeting, bookkeeping, and financial analysis. He is now supporting CSSP’s project in Albania as Finance Officer.